I wasn't feeling it today at work and didn't think I was going to get any writing done at all this evening.  Then, there was an incident when I got home.

Belle and I were walking down the road when a pitbull-shaped missile came running out of a yard after us at top speed. I picked up Belle with my left arm and picked up the biggest rock I could find with my right.  I don't remember consciously being scared after the first moment I saw the dog charging us.  I was too pissed off after that.  What really made me mad was how nonchallant the prick whose dog it was acted when he was coming to get it.  He may have been a little scared of me since I was yelling "Come get this mother fucker, you asshole!" at the time.

Eventually he came and got the dog.  I felt a little satisfaction when he came to my door to apologize a little later and turned around without speaking when he saw the look on my face.  Anyway, I was really in the mood to write about people getting shot in the face after that. 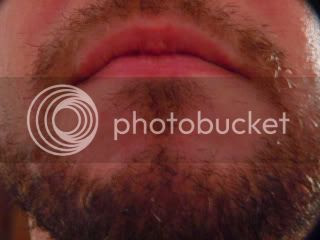